Bratislava was the venue for the 5th Stakeholder Forum organised by the EU H2020-funded project “DanuBalt”. The forum once again gathered delegates from health research, policy makers, intermediaries and health clusters from the Baltic Sea and Danube Macro Regions to discuss challenges facing innovation and research in health. The main conclusions from the Stakeholder Forum are:

A core objective of the European Union is to overcome the disparities of the different regions and to strengthen the cohesion between them. Therefore different macro-regional strategies in Europe have been implemented.

DanuBalt which commenced in January 2015 set out to explore novel pathways and to integrate already proven approaches in addressing the divide between less performing RDI regions and lead innovating regions between and within the Danube and the Baltic Sea regions.

The project actively instigates and accompanies transnational pilot activities, encouraging synergies and regional competences as well as best practice exchange and mutual learning. More information about the DanuBalt project and the reports published to date can be found at www.danubalt.eu/ 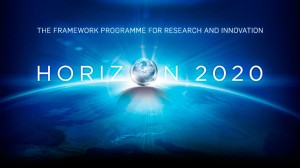