Estonia is trying to convert the EU to its digital creed

Estonia is trying to convert the EU to its digital creed 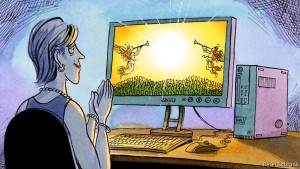 Article in The Economist published 6th of Juli 2017

Estonia has carved out a niche as a startup hub and a friendly environment for foreign businesses. Its biggest innovation, however, lies in e-government. Citizens of this tiny Baltic nation can conduct almost every encounter with the state online.

Chief among Estonia’s plans is a proposal to expand the EU’s familiar four freedoms—the unhindered movement of goods, services, capital and people across borders—to include a fifth: data.

Read article in The Economist