Home / A ScanBalt Forum in Turku with concrete results

A ScanBalt Forum in Turku with concrete results

A ScanBalt Forum in Turku with concrete results 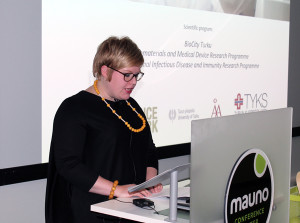 The Forum taking place 19 – 20 October in Turku turned out to be exactly what it is meant for: A combination of interesting lectures and discussions combined with project accelerator meetings, informal partner discussions, discussions with the Estonian EU Presidency secretariat, with stakeholders in the Indian health innovation system and with organizers of the InnoHealth 2017 conference in India.

In other words a lever to promote very concrete out comes from the intense collaboration in ScanBalt.

The focus of the conference was biomaterials, diagnostics and epidemiology, efficient patient information systems and interesting business cases. More than 100 participants had two very intense days at the Mauno Conference Center. 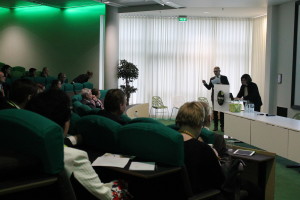 For the members of ScanBalt the concrete results were not least:

At the General Assembly for ScanBalt® fmba taking place 18th of October the Chairman Jaanus Pikani could present an impressing pipeline of new co-financed projects with focus on innovation and digitalization.

Three countries are in the top ten, 6 countries in the top 20. And the rest are moving fast forward from a lower position. He underlined that we have reasons to be proud on behalf of our region.

The General Assembly and the following board meeting decided to further strengthen focus on business, commercialization and added value for the members.